Until you feel the real pain, you will never find the reason why

Until you feel the real pain, you will never find the reason why

In the beginning of this year, I quit my job envisioning the better, independent life I would certainly achieve. Freedom, no bosses, no alarm clocks and no suffering was everything that I was expecting on the other side of the tunnel.

I thought everything would be more than ok. After all, I would also start receiving unemployment benefits which, far from being what I wanted to live from and to rely on, would still provide me a security net to pay the bills.

In addition, I wanted to travel around, not with the idea of making party and spending all my money, but to feel what it would be like to live like a nomad, without any strings attached.

Until the German Employment Center set me a “trap”, one of these which only the poor, the losers or the unforwarned people – these who have the tendency to not plan much and just go with the flow (yes, unfortunately and sometimes, I am one of these) – fall into: I needed to start attending an “integration course” two times per week, which would theoretically help me not only improving my German skills but also giving me the proper tools and competences to find a job.

Still, it did not look such a big deal, so I thought I could handle it without any problems. Until that fateful monday morning came and suddenly the reality hit me: again the unbearable sound of that alarm clock, this harmful, even wicked noise which filled all the corners of my brain, ready to curse my life again.

Yes, I had waken up at 07:30 am to do exactly what I had promised to myself never to do again in my life, and that was to sell my time and to have this obligation of being somewhere, according to other people’s commandments.

Until you do not feel it, it will not exist in your mind 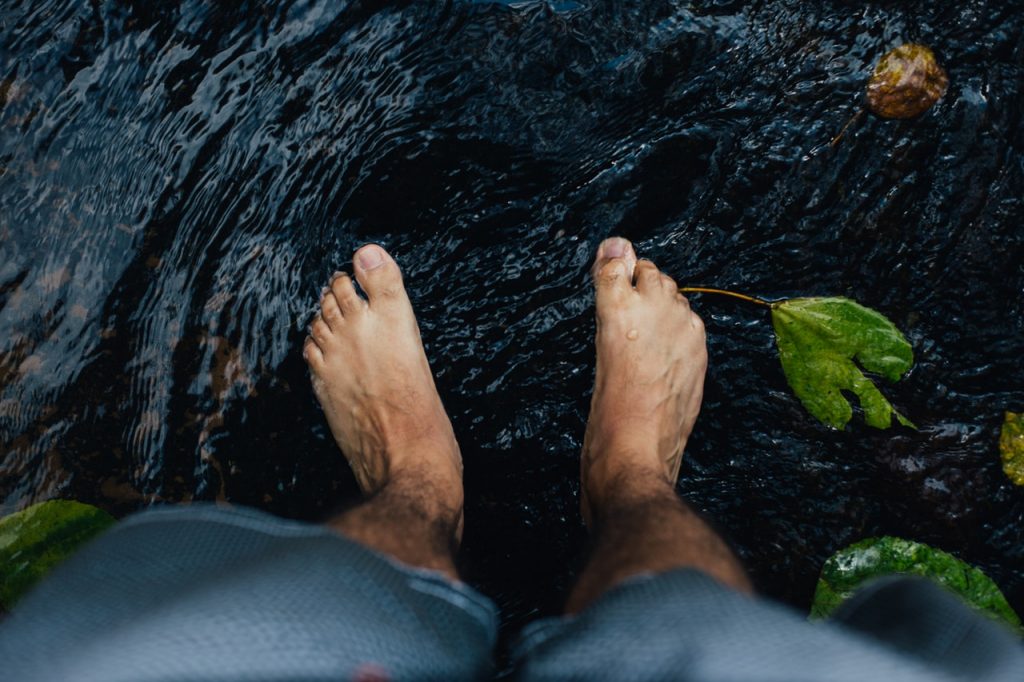 Sometimes I believe that I am stronger than the majority. That I have the will to go after things, no matter what. That I have this inner will, this indestructible commitment which will take me to where I want to be.

After all, it is not everybody who suddenly leaves his home country and moves to another one such as Germany, like I did six years ago, looking for better life conditions.

Or it is not everyone who starts a blogs and shares his own ideas with the world.

And it is not everyone who, having a safe job, already with a good income and autonomy to do (almost) what the hell he wanted, simply quit because he was not satisfied.

But well, it seems that I ended up behaving like everyone else.

It seems that the will and the desire to be better were not enough.

That I did not work that hard to reach a state in which I could confidently say “fuck you, I am not attending neither this course nor whatever you assign to me. I want to live my way, not on others’ rules”.

Very beautiful, theoretical words. But I failed. And I failed miserably. I was too weak, too lazy, too condescending and too pretentious to assume that I could simply do it, without trying hard, really hard, until my fingers bled and the world was receiving the full value of my actions.

No, I simply failed. And do you know why? Because until this course came, I had not really felt it. It was just an image in my head, an idea I was chasing after but had not really internalized in my whole body and deeply ingrained in my mind.

Just like when I went under my knee surgery: until I got injured, oh sure, I would feel pity for the ones who had just fallen on the ground, grabbing their knee in deep pain. Certainly I believed that I would never want to be on that situation.

But everything had simply been superficial thoughts, exactly the same ones when you see those TV images of poor kids starving in Africa, begging for any piece of food which can keep them alive.

No, it was only when I heard that crack, with my meniscus and ligament totally tearing apart, that I suddenly became aware and experienced the real pain, one of these moments which change you in many ways.

Exactly like that alarm clock sounding at 07:30, which all of a sudden made me question my whole existence. So there I was, eating my breakfast cereals, facing the wall in a dull, almost numb way and thinking about my stupid mistakes.

Without the real WHYs, you will never change 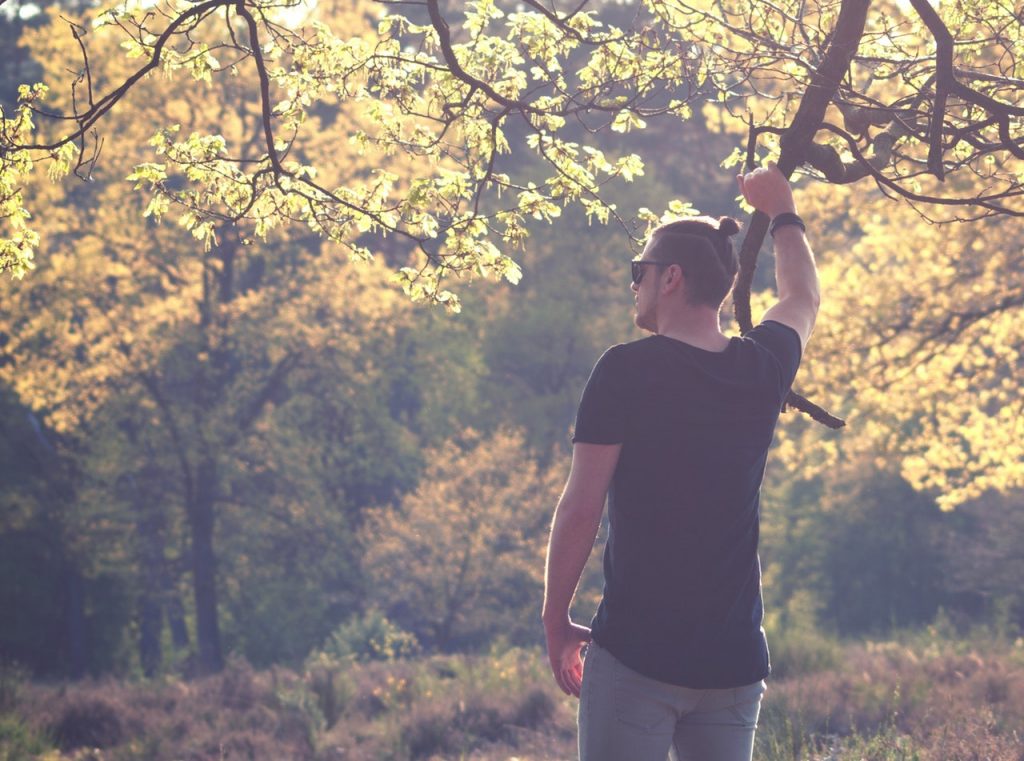 You can have all the best, most amazing ideas in the world. Or great plans to implement in your life.

Perhaps you want to live in a big city.

Or just to be a successful entrepreneur, leaving all the 9 to 5s behind.

Or eventually you dream about that convertible car, which you will make a fulfilled guy, showing the world that he has fought for what he wanted to and simply got it.

Lovely, everyone has wishes, aspirations and dreams.

But if you do not feel the pain of failing miserably, of not achieving it, of going exactly the opposite direction where you had planned to head to, then you will never put all your heart and soul in it and therefore you will not change.

In 2014, I felt eventually the first really painful event of my life when, after living a false dream of being abroad for three months – enjoying the life in Brazil like an insensate teenager, having no notion of any consequences – the earth fell hard on me.

It was like I had been confined to a magical bubble, which was hiding all the truth from me, until it finally burst, revealing a clear, relentless reality. And because I had summed a debt of about 7,500€ and had no money left, I needed to go back to a job and to a country (Germany) which had made me leave it in the first place.

Yes, I went to Brazil with the hope and the will to find a more fulfilling life – even if I totally failed the way I had planned that change – because in Germany I had already been feeling this painful discomfort which simply takes over all your body and mind.

But then, after some months of suffering and having almost a burn out, I was promoted first in April 2015, and then in June 2015, and so the power of illusions were given to me on a golden plate.

Yes, suddenly this anguish was replaced by a (false) feeling of serenity and achievement, with me thinking that I was somehow on the right track.

But after a couple of years, there it was again this seed of change, showing me that I had not been done to be this rat racing for others. I let the dissatisfaction grow until, coming back from another month in Latin America, I could not longer bear it.

It was the time, I had to quit my job and to go after what I always wanted and had been made to: to be my own boss.

So when I left my job in last April, I had this will to do everything and “change the world”. But between that moment and the beginning of August, I somehow forgot to really change myself.

And it was in the end of July, when I needed to come back to Germany – missing my mother’s birthday and failing to offer her a new dog, two things I had promised myself to carry out – that another frustrating moment suddenly fell hard on my shoulders.

You need painful events to change your process

I can count by the fingers of my hand the painful events which happened to me and made me change the course of my life.

First half of 2014 => Tired of Germany and of being an office, call center rat, I suspended my contract and left to Brazil looking for a better, more fulfilling life.

Second half of 2014 => coming back in deep debt, I promised myself that I would pay all my debts, cutting also the credit cards, and that I would never fall in the same situation again. This total dissatisfaction, and also because I needed to return to my soulless job, made me start writing, first with my book No More Bullshit about Getting Laid and later with this blog.

January 2018 => I could bear neither having a job anymore nor being tied to a country and to a city which I was not feeling good at, so I took the decision of quitting my job and going after a total different life, location and lifestyle.

July 2018 => Not being able to attend my mother’s birthday, as I was forced (just because my finances were still dependent on receiving unemployment benefits) to come back to Germany to attend a stupid integration course,

Being just a handful of moments, they were stronger than hundreds of pleasant moments.

The first three WHYs above changed my life in such a drastic way, that I had to change either my locations or, more important, my mindset – especially the part of being debt-free – so that I could follow what I wanted to achieve in life.

You see, having positive reinforcement is important, to keep you on track and to make you believe on success, but it is the negative force, the dark side, the painful event, which will make you braver, stronger and more resistant than ever.

Do you think you have gotten better with women just by receiving positive answers? Or it was exactly when you were rejected hard, with that disgusted faces thrown merciless at you, that you started thinking about improving yourself and learning more about the opposite sex?

Or when you made that presentation at school, with half of the audience falling asleep and the other half looking at you as if you were an unwanted Jehovah’s Witness, selling holy scriptures, and you felt like the smallest person in the room?

Afterwards, your anger made you practise your public speaking so eagerly in front of the mirror, until you finally got it, when five years later you made a triumphant presentation of an improvement proposal to the board of your company.

We are all humans and if there is a thing which all of us try to avoid is pain. But, contrary to the “pat on the back”, the “nice words”, the “thank you” and the “well done”, which are just comfort traps leading nowhere (unless you are already there), it is only when it really hurts that you will learn and change for real. Much more than if everything were just pleasant and nice, where you would stay endlessly in your comfort zone.

So feel happy when you are frustrated, angry, enraged and you have all those negative feelings which our average society sees as “so harmful to our lives”. As opposed to most people, who keep having a miserable existence, just because they do not have the courage to admit their weaknesses and to face the harsh reality, be grateful for all the painful events you have gone through in your life.

In the end, It has been this pain which has driven and given me all the strength to fight relentlessly against a precarious, unbearable situation I want to leave so bad behind.

I may fail miserably, but you can be pretty sure of one thing: that I prefer one thousand times the sound of failure, hitting hard on the floor, than the pain of being commanded by others, with that intolerable silence of mediocrity resonating in the background.